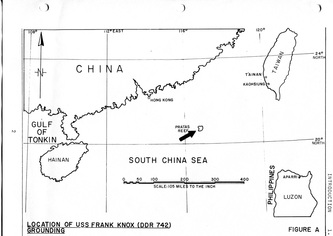 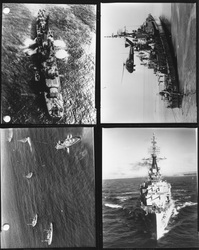 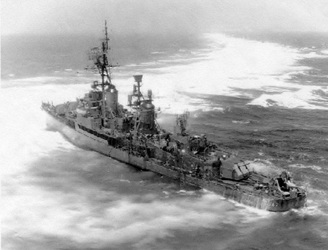 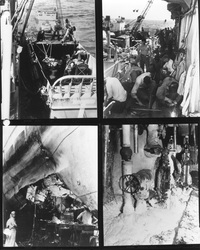 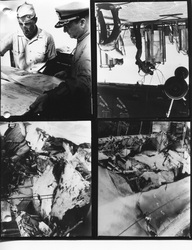 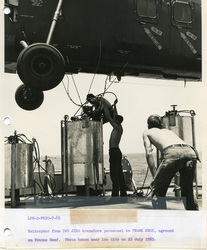 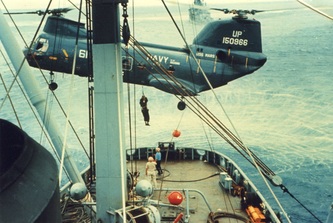 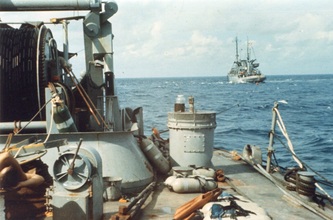 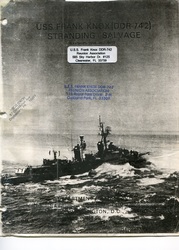 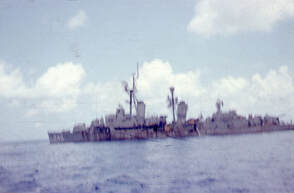 Frank Knox just after she was freed from Pratas Reef -
note the damage to the port side forward.8/24/65 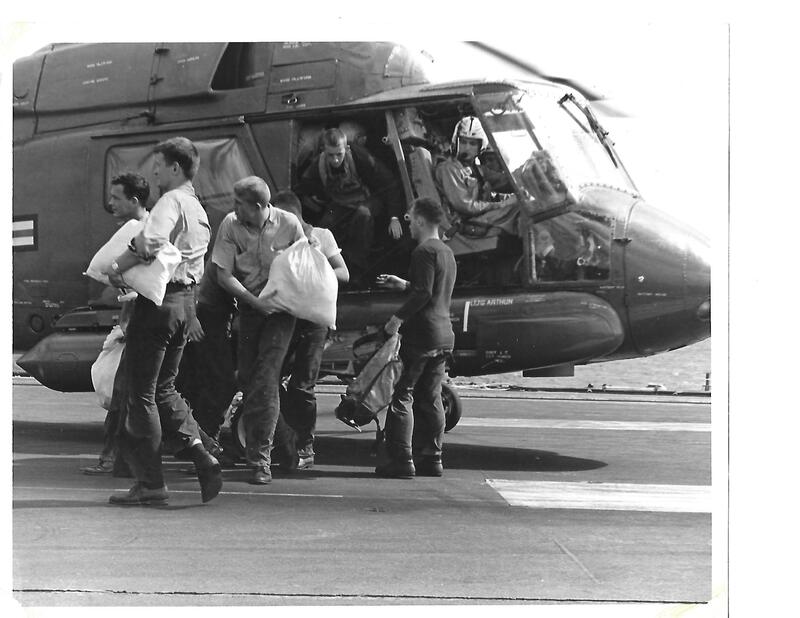 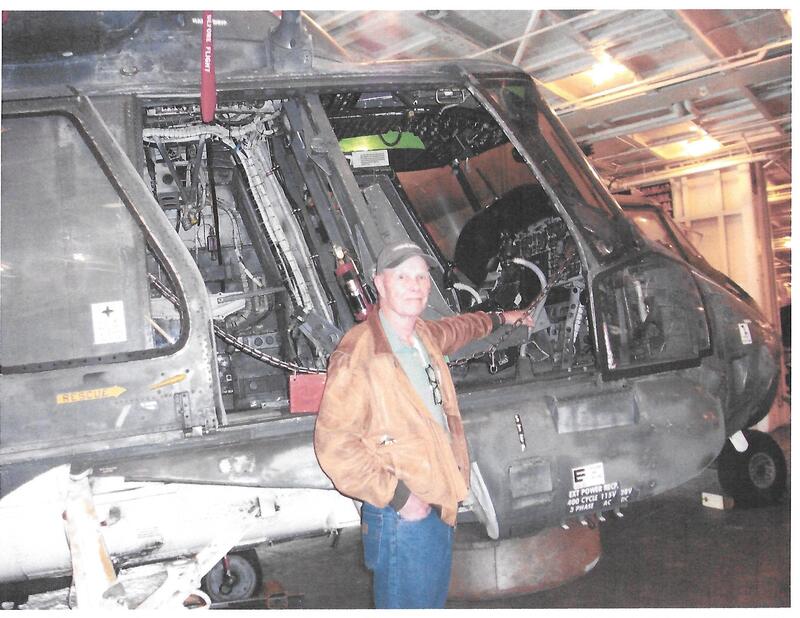 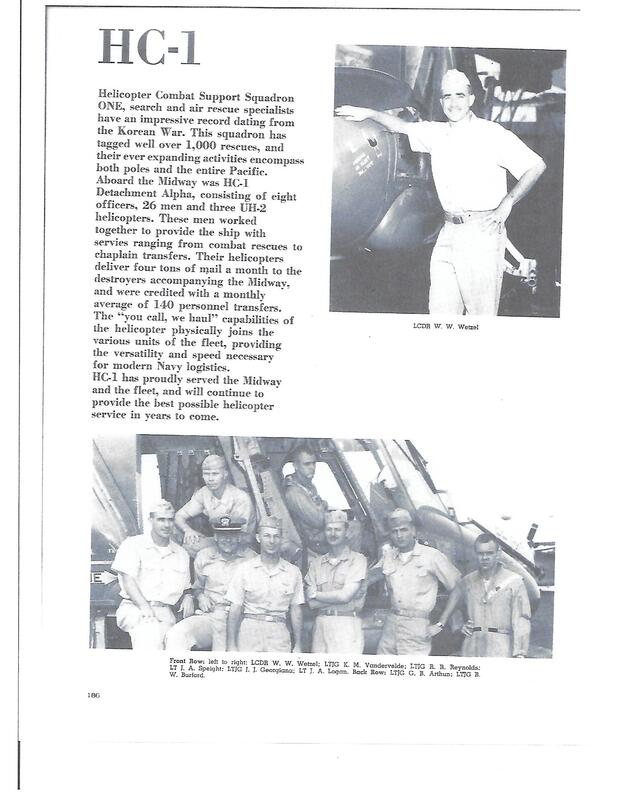