2022 Auction Items
It is Time to Refuel the Frank Knox

Ladies and Gentlemen and Frank Knox Sailors,
This concludes the annual fund-raising auction of the USS Frank Knox Reunion Association.  Has been a real pleasure to be a part of this function.  Want to say "Thank-You" to all for being a part of this effort.  A special Thinks to those who participated.
Below are the final results, and congratulations to the winners.  A separate e-mail is being sent to the winners
concerning payment and shipping of goods.
Again, thinks to all on the conclusion of this Veterans Day.

#1     Star Finder  Complete unit with cover.
This star finder is designed to portray graphically the approximate altitude and azimuth of the 57 numbered stars listed in the Air and Nautical Almanacs, and any other celestial bodies that may be plotted on the star base. The complete unit consists of 9 altitude- azimuth templates (blue line), meridian angle template (red line), dual star-base (black line) and the instruction sheet,  all enclosed in a circular container. Donated by Steve Cross 619-992-9449 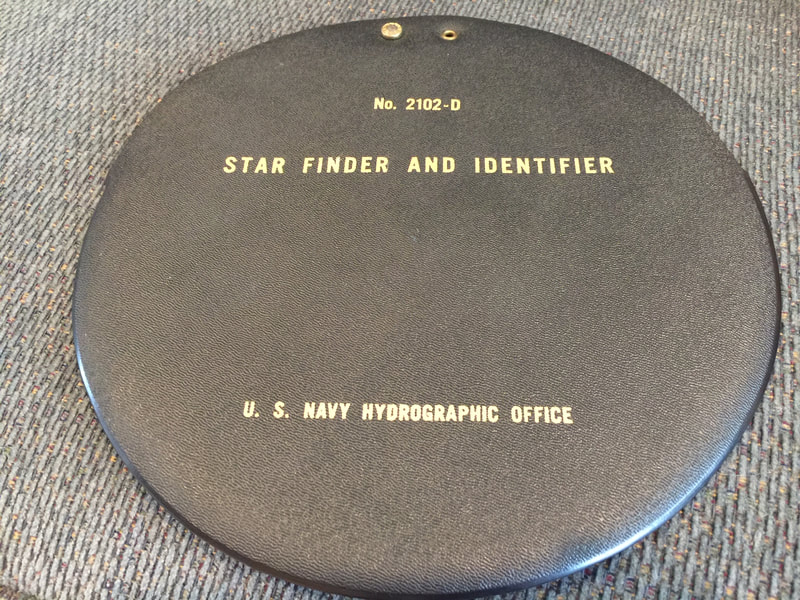 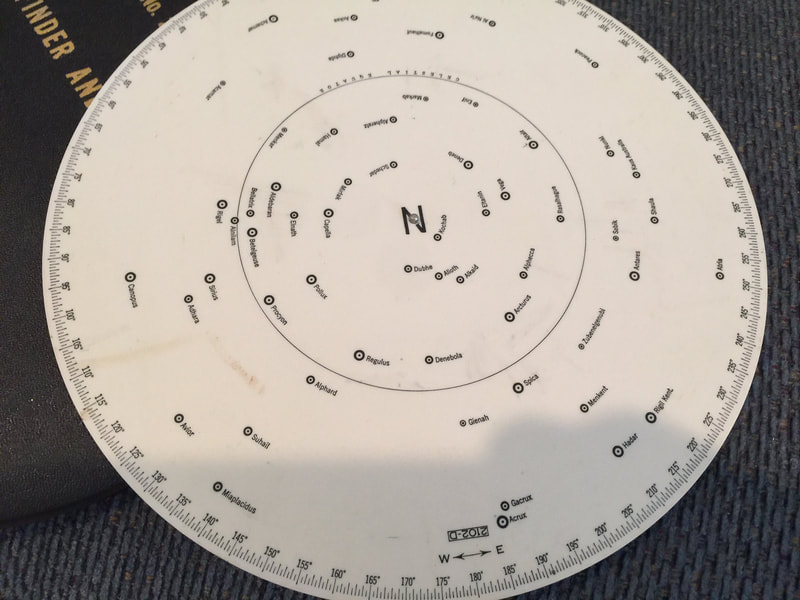 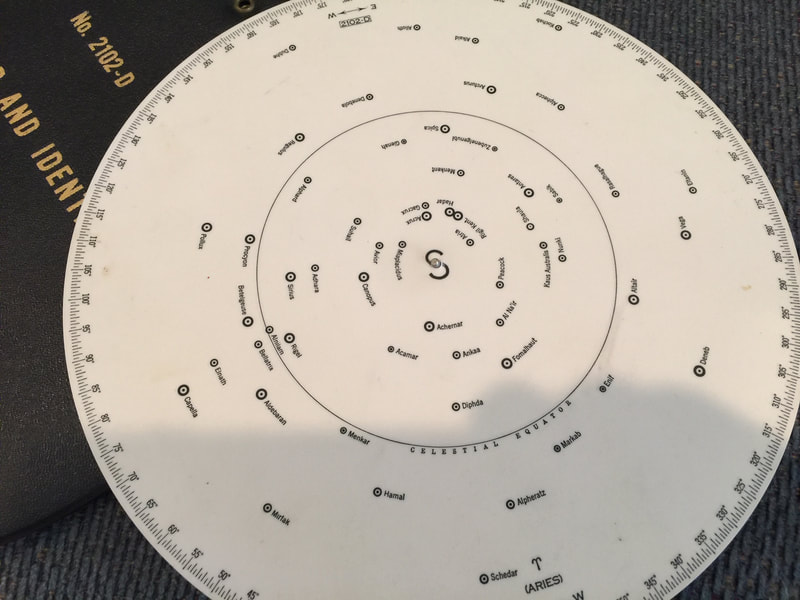 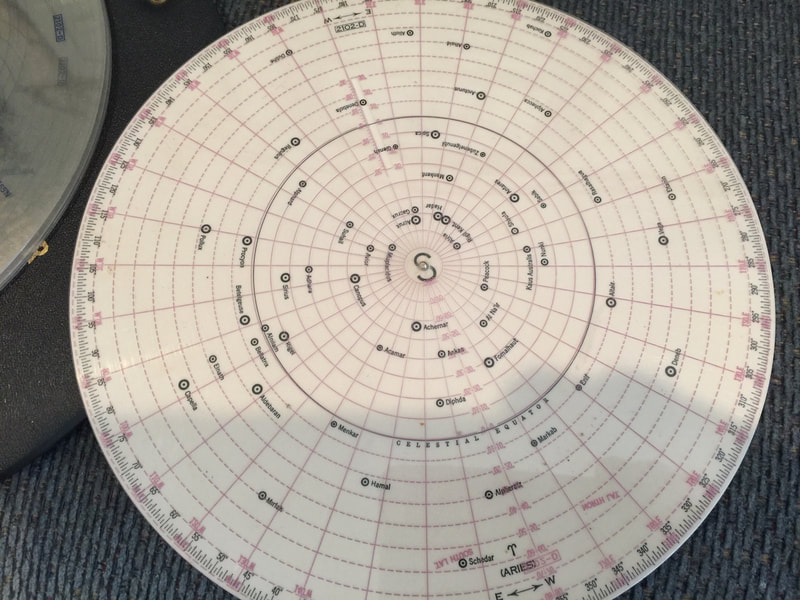 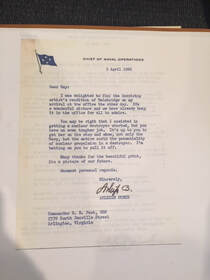 Personally signed letter offered to us to raise money for our annual auction. The signature is in ink and original.  Addressed to the Officers and Men of the United States Navy about his retiring. 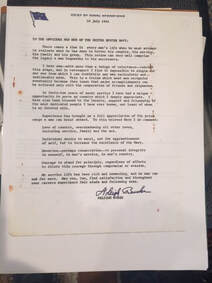 ​​Personally signed letter offered to us to raise money for our annual auction.  The signature is in ink and original.   Letter about getting artist rendition of USS Bainbridge which he helped get started 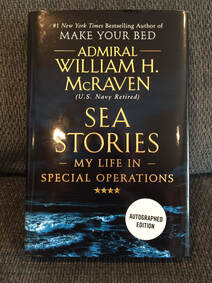 Autographed copy of Admiral McRaven’ life in Special Operations. Admiral       McRanen is the first to ascend to four star rank from the Navy Seal community.
Donated by Steve Cross 619-992-9449 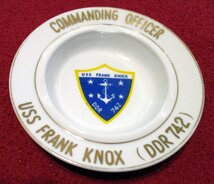 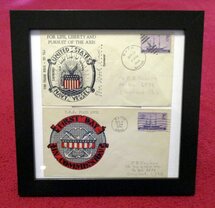 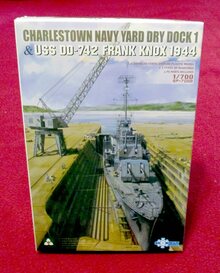 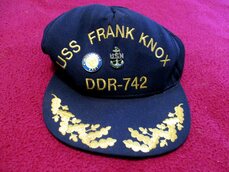 ​   Then, there is the story of Curtis Burnside. YN3 who joined the FRANK KNOX February 12, 1945 the day before the ship departed for Panama and the Pacific.  Burnside was 21 at the time.  He was a naturalized citizen originally from Canada.  Plank Owners Al Smith and Bob Bachorski were older, many were younger.  Burnside was in the middle of the age grouping.

All this information and more is part of a unique collection of one man’s service donated by Bill Atkinson for the 2022 Veterans Day auction.  Burnside saved every form and paper from Selective Service, Navy recruiting, Boot Camp at Great Lakes IL, and his first two assignments.  He was naturalized in 1941.  He entered Boot Camp 3/10/1943, then went to SK Store Keeper) School before completing Yeoman’s course, including shorthand.  Burnside scored well in school.  His enlistment had the following abbreviations Y3c and SV-6 and USNR.  The SV-6 means Victory plus 6 months.  Burnside kept all Navy correspondence, his Blue Jackets Manual (signed by members of his Company 383, 58th Battalion, Great Lakes IL).Complete training school record, awards and Japanese Yen issued for shore leave in Yokosuka.  There are 7 photos of MT Fuji taken from different locations. He saved his old rate badges from 3rd class when he was promoted to Y2c in 1946.  One set of blues, one set of whites, gold buttons and two photos of FRANK KNOX taken in Boston and Los Angeles, likely before departure to the Pacific theater and on return to Los Angeles (Long Beach).

One small treasure was a collection of ships stationary embossed with the Rough Rider symbol his confirms the story crew members told of the origin of the Rough Rider design and the design proudly painted on each side of the number one stack.

Last there are three campaign awards and one USN spoon that Burnside saved all these years.  A small envelope holds 5 gold buttons, two plain and three with eagles, one wing inside a circle.

A complete and historic collection. 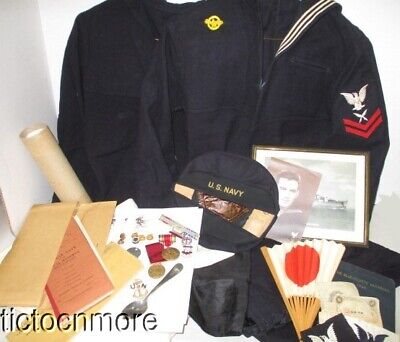 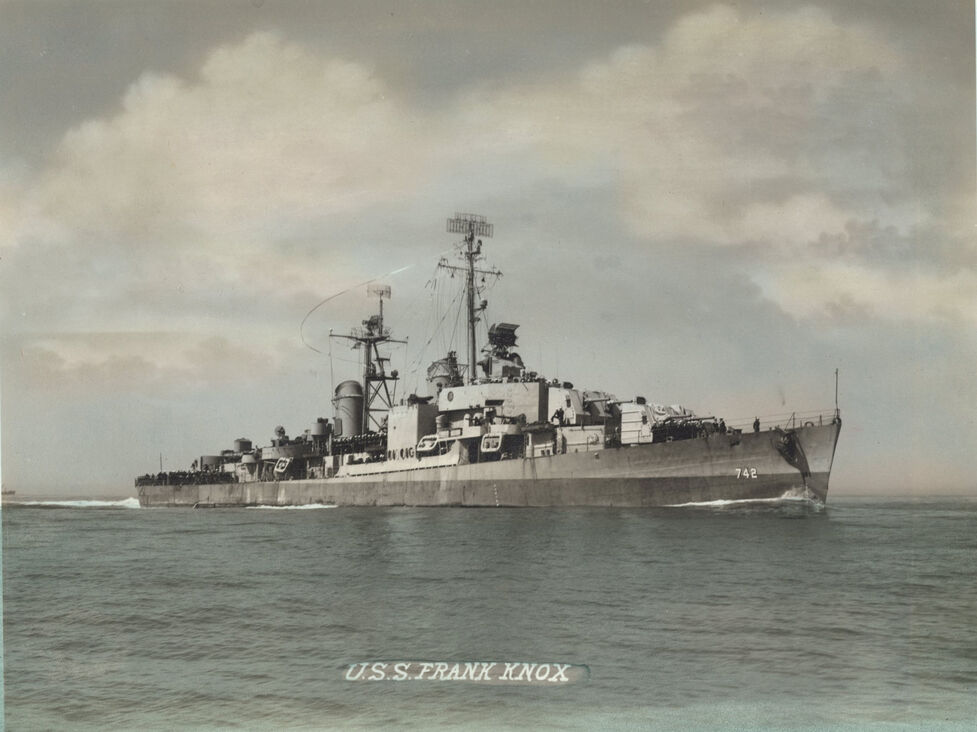 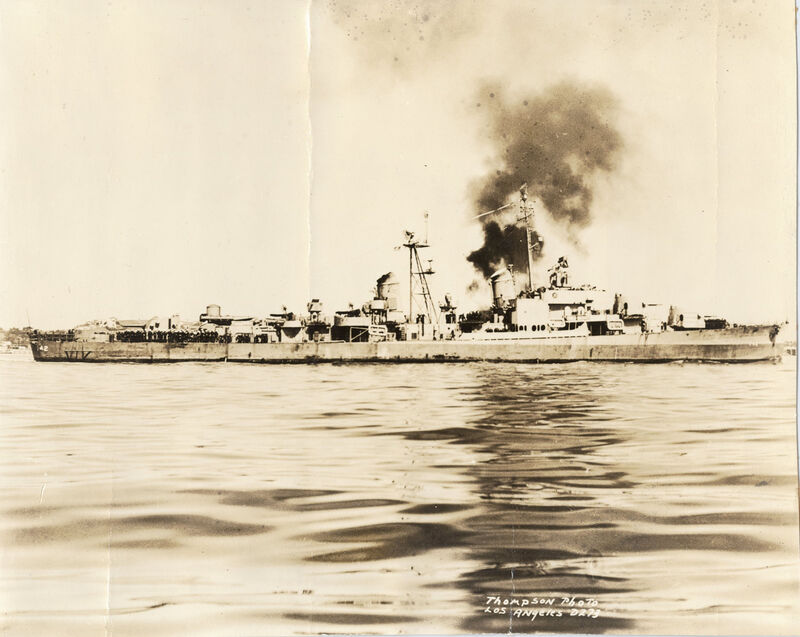 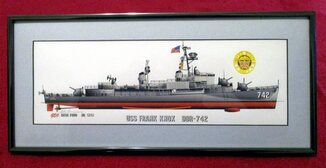 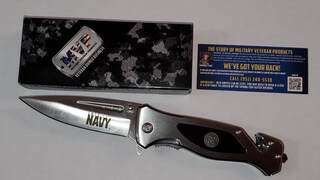